Last night I presented some of the history and architecture from around the city of St. Louis, as well as showed a few new blended photos. If you weren't able to make it out to the lecture, never fear! You can see the photos here. 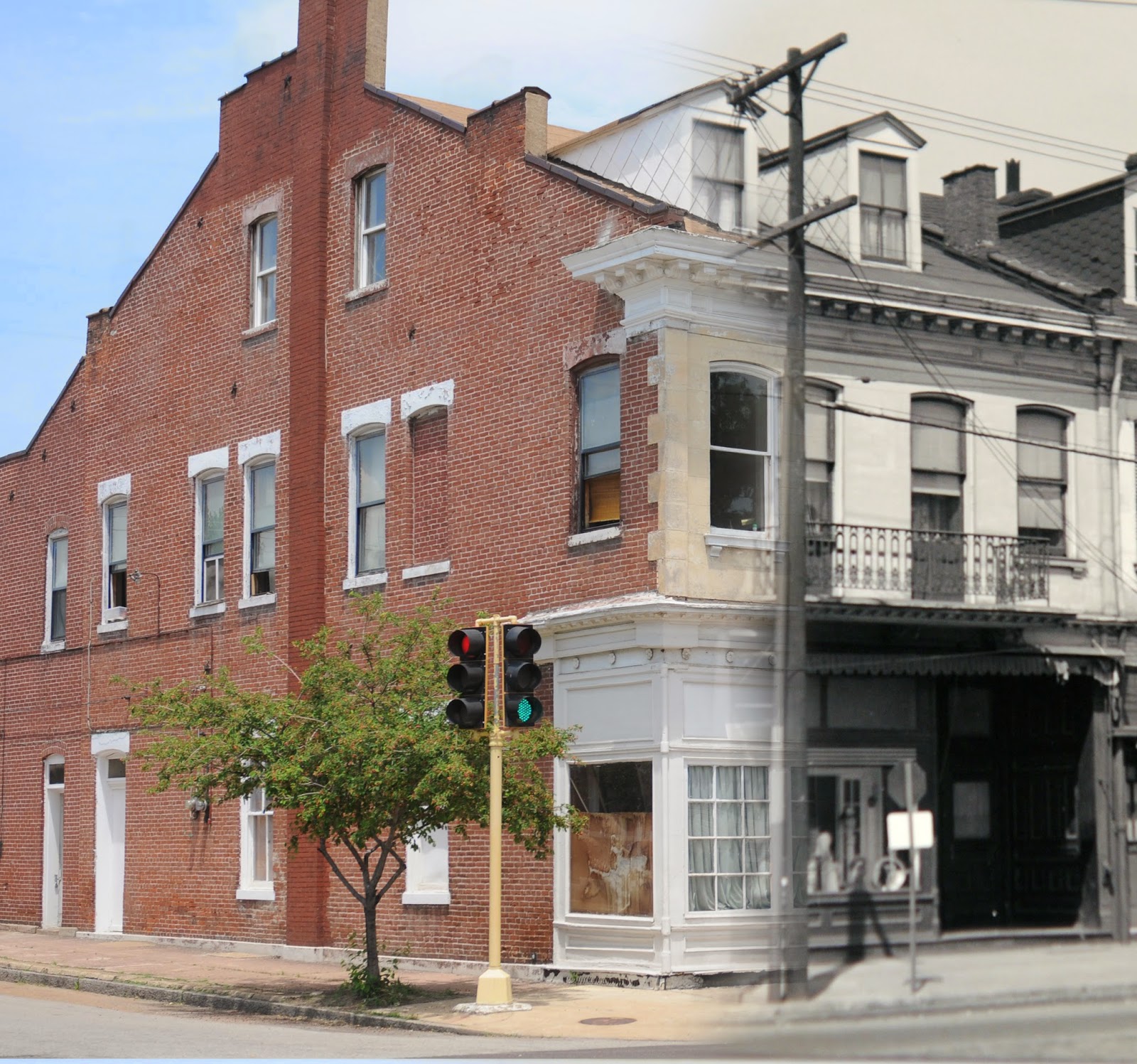 French balconies along Broadway show how many parts of the City remain fairly untouched throughout the years. The only major differences here are taller trees lining the street. 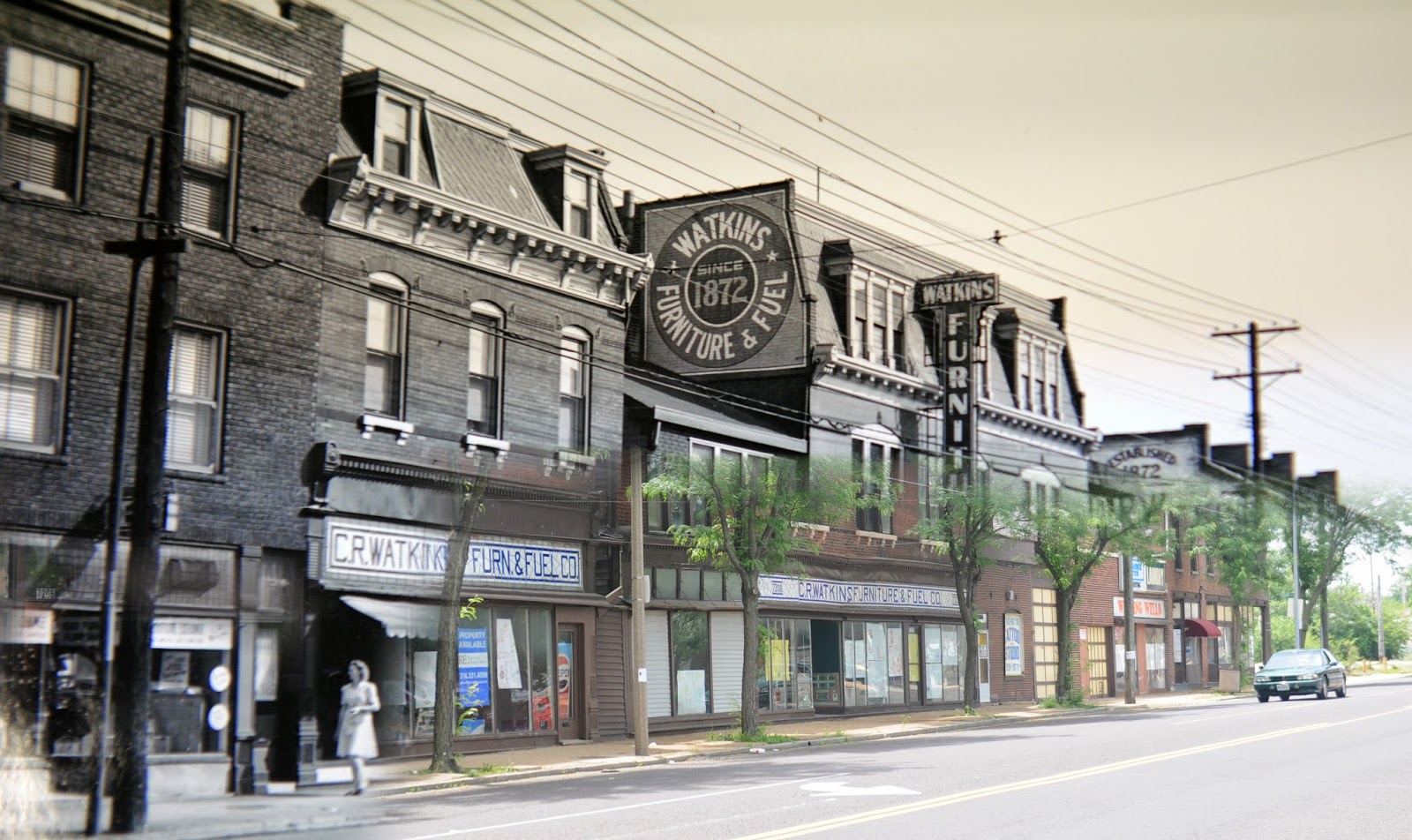 The other side of the street. The C.R. Watkins buildings are still there, but in disrepair. At one point, all the buildings here were owned by one man for his business. 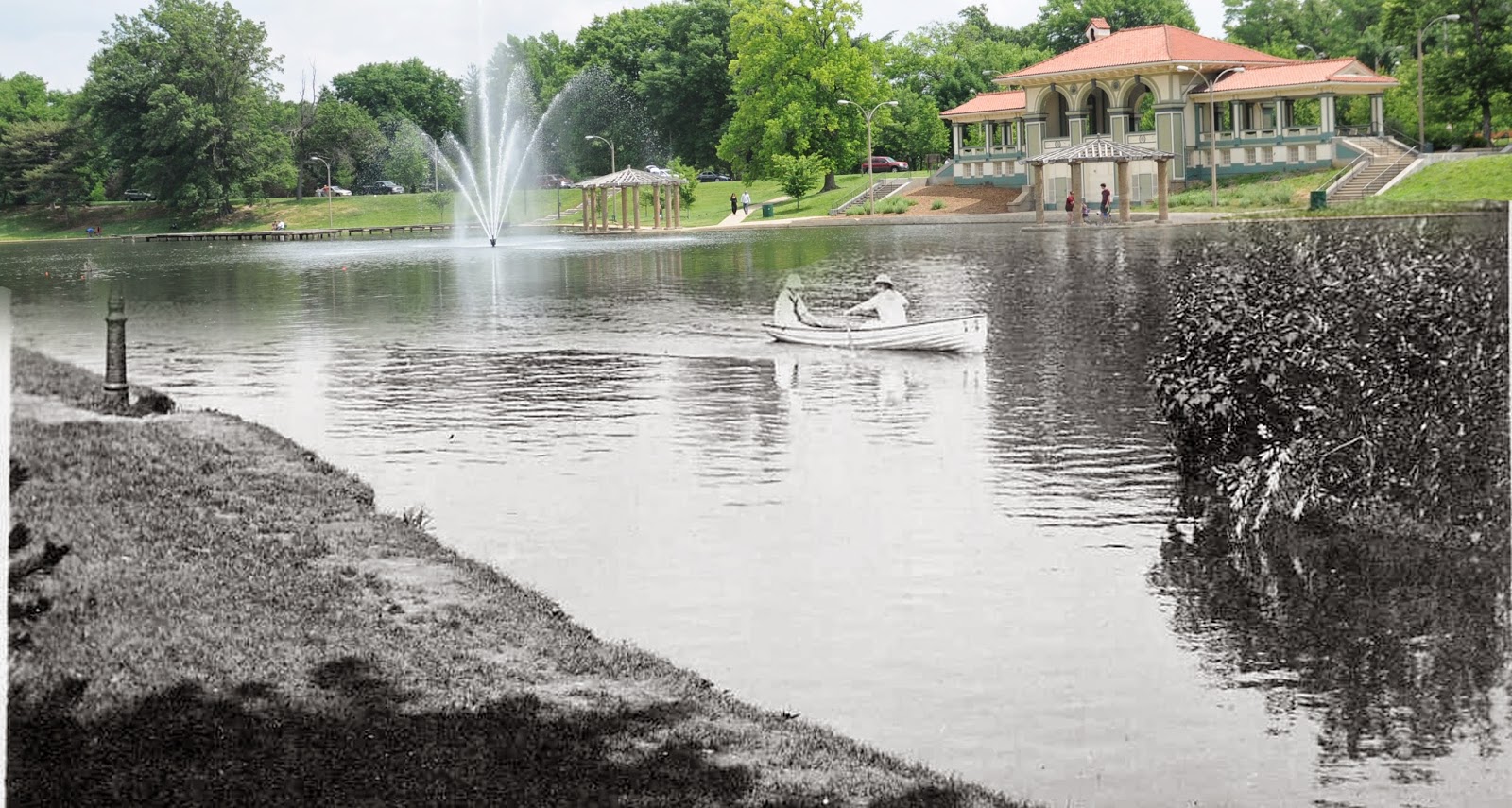 The main lake in Carondelet park. 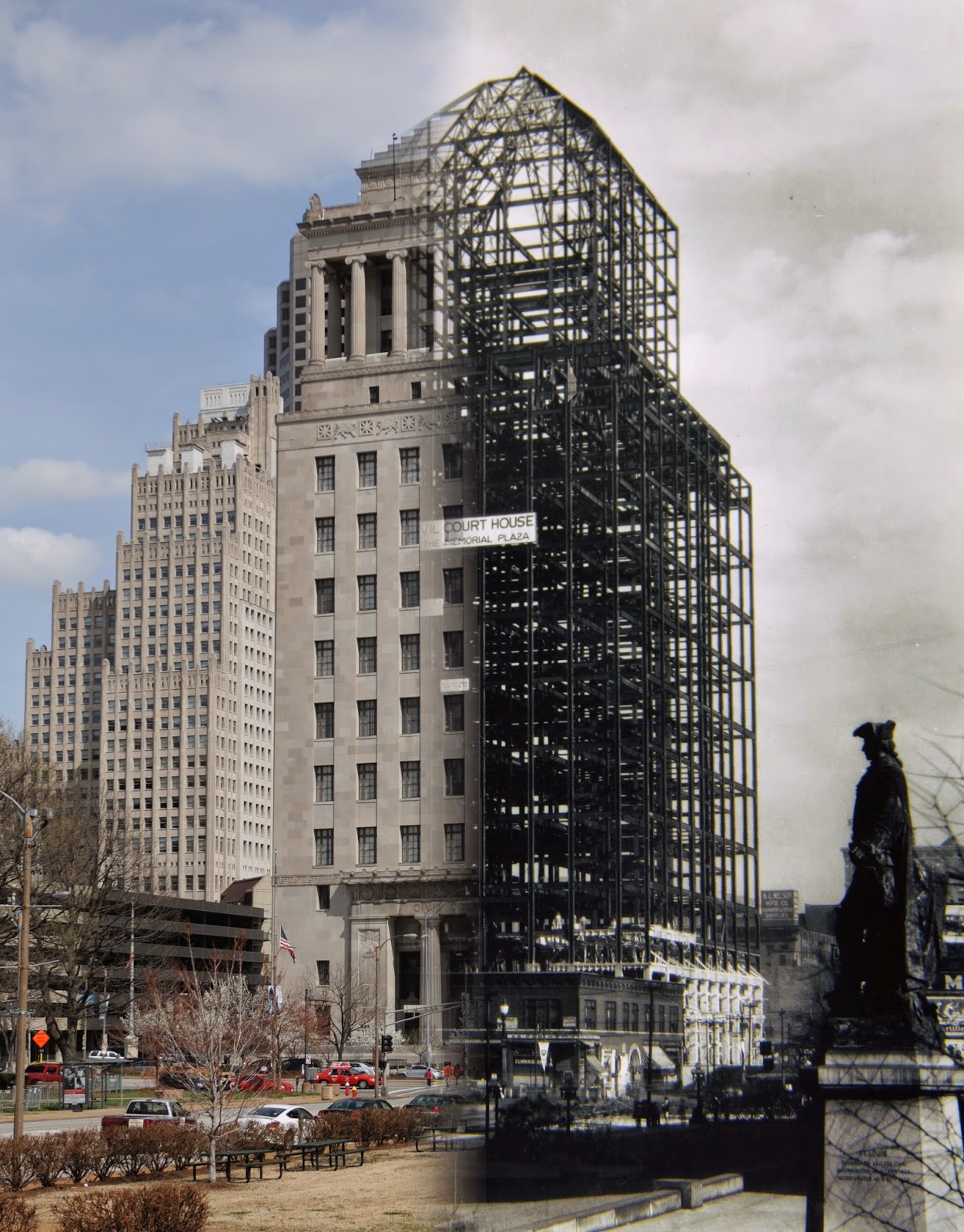 Another from Carondelet park. The original gazebo burned down a few years ago, but a new one was built in it's place soon after. 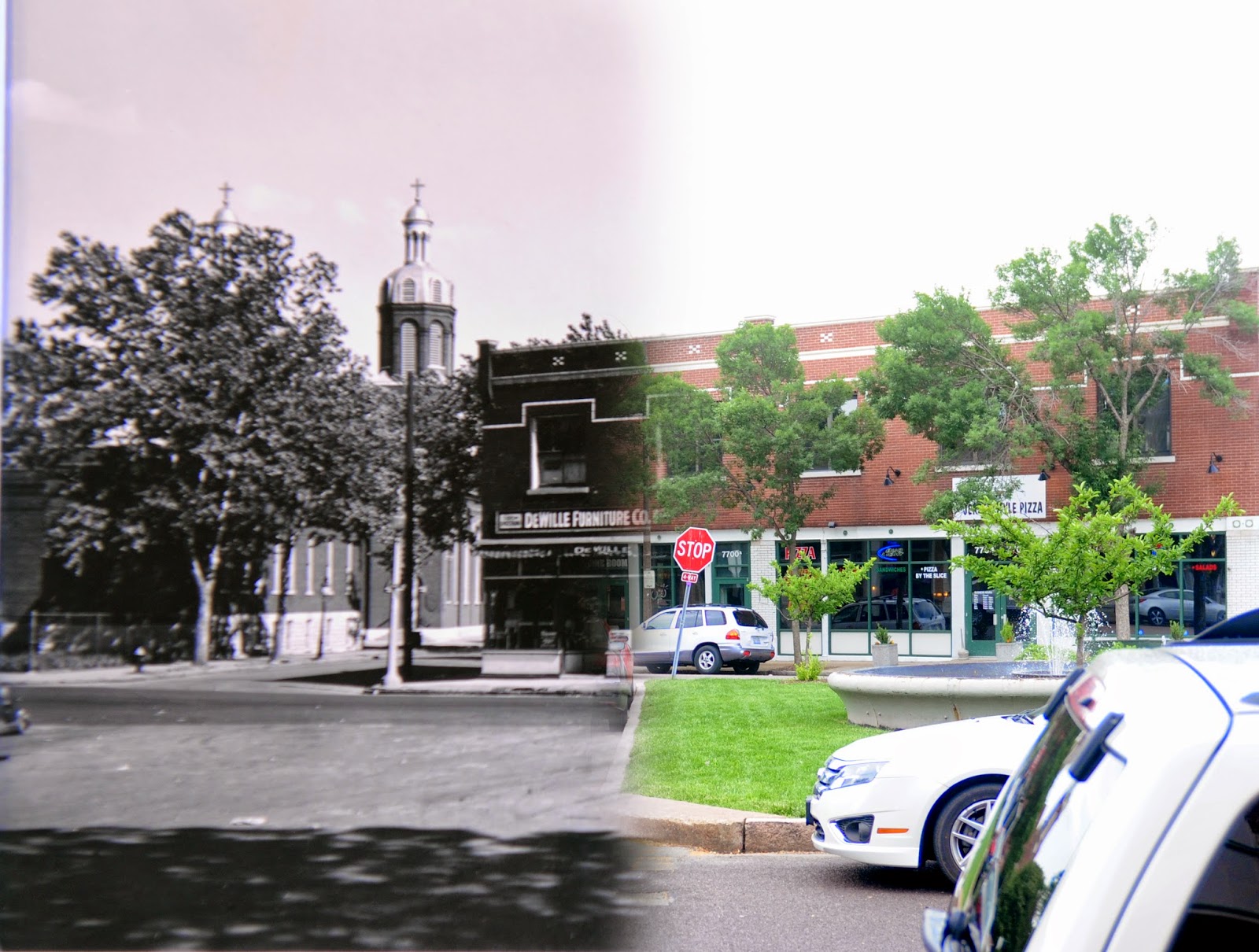 Ivory and Virginia in the Patch neighborhood. All the buildings are still in use today, as is the Ivory theater, which you can see the towers of in the top left of the photo. 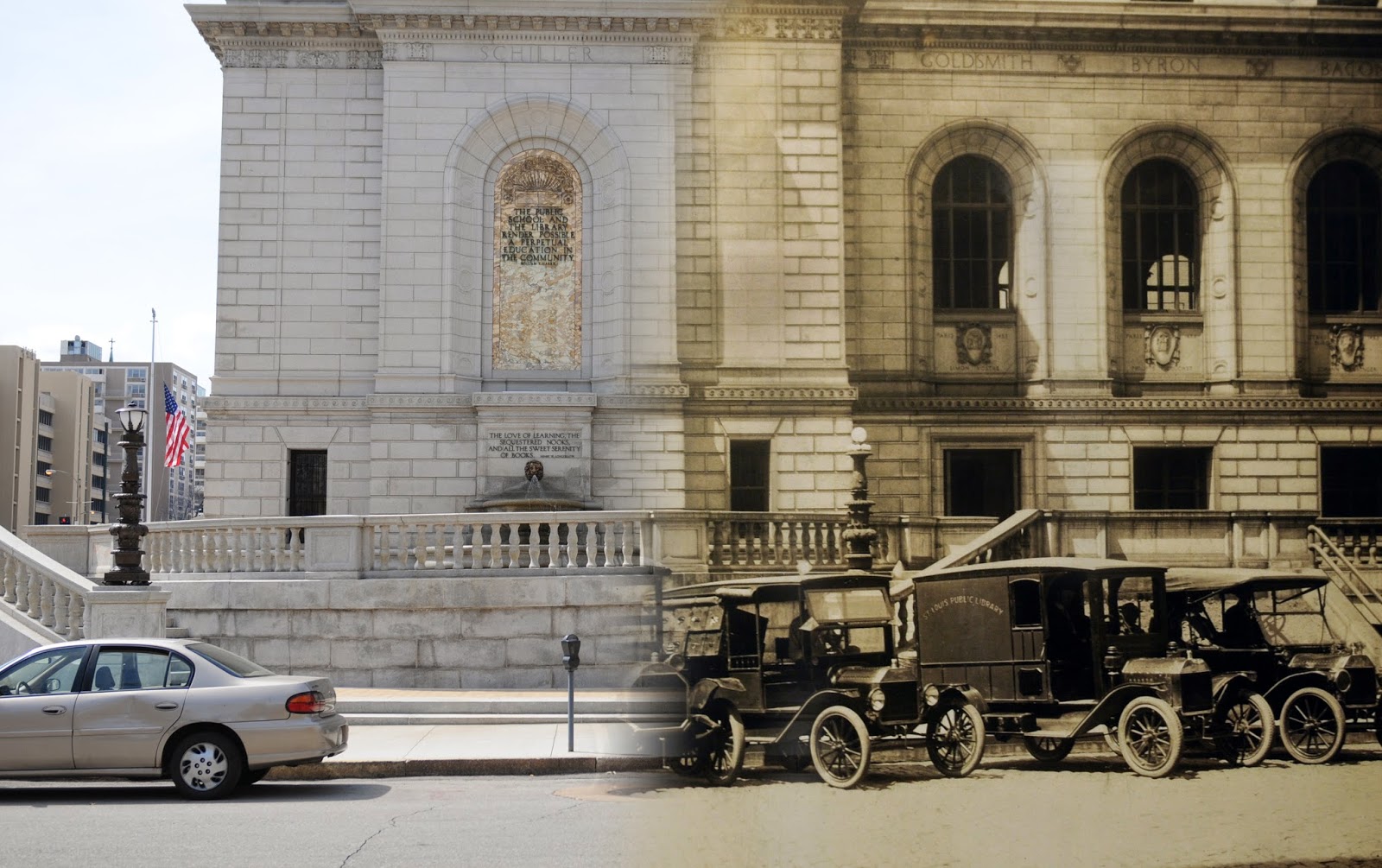 The Downtown library has gone through massive interior renovations over the years, but maintains it's ornate exterior which blends in well with the architecture surrounding.

The South Public Market has gone through some of the biggest changes over the years. While the photo from the 1950s shows the additions, originally the building was smaller and didn't have the obvious extended building surrounding it. 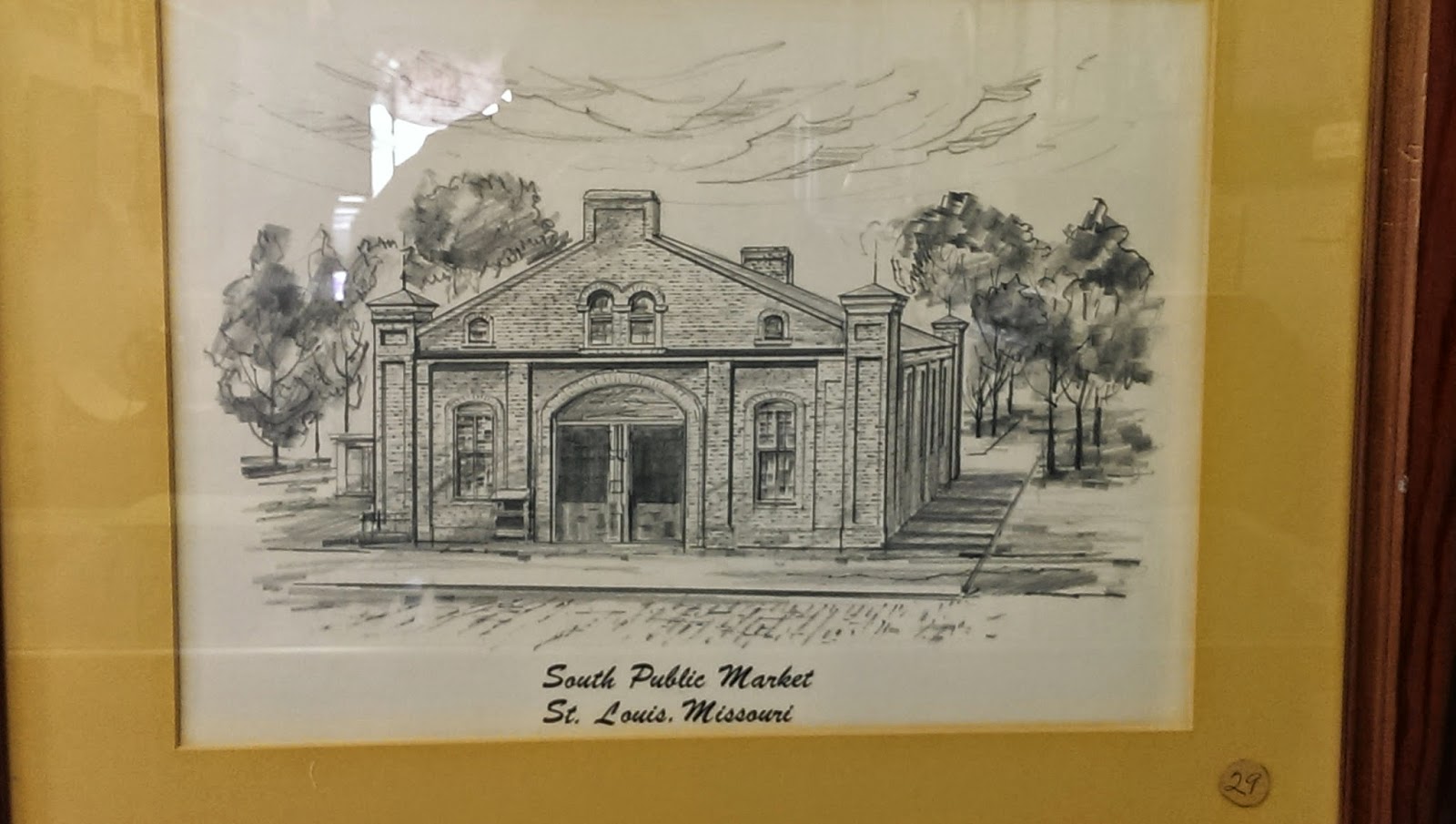 The original look of the building.

I'll upload the powerpoint presentation with notes when I get a moment. The lecture ran nearly an hour and I have over 70 photos, though these are the only new blends I've done so far.